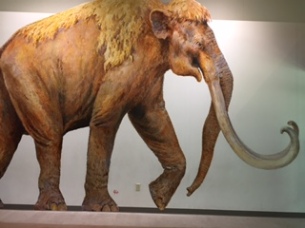 This is our official departure date from life in the stick and brick… well actually the stick. We moved the RV up from her parking spot at Cherokee Farms RV Center to our local State Park and started loading her up. The park is close to home so we just make short trips in the toad to bring things and put them into their places in the RV.

We also got one of those notices from Reserve America that our next destination was totally flooded and wouldn’t be reopened until July 9… reservation, cancelled. This prompted a decision to stay another night close to home.

We got to hang out with the kids next door a little bit and buy groceries just before leaving. Our neighbors are the most amazing folks and we love their kids. The 28th was Max’s 8th birthday and we got to do a bit of birthday partying with him – think; frenzied child ripping and shredding and playing with his remote controlled big wheeled truck.

Hit the road to drive to the next stop… a privately owned park, Denham Springs KOA. I’ve never stayed at a KOA in 40 years of RVing. We got there in record time and found it to be as disappointing as the picture painted on RVTraveler.com .

Our sewer hookup (which we did not need to use) was 7’ from the picnic table (in a straight line) of the site next to us. Horrifying especially if any folks who used that site (or any other as this was a common situation at that park) had little ones who would be walking on ground that probably had seen spills of raw e coli in abundance.

There was a women’s bowling tourney in town and we were mistaken for bowlers. Barb owned it – her cousin Brad Jording was a champion bowler back in the day (now he’s a champ golfer) so B felt she had the connection to the sport. LOL. I was glad to disavow any bowling spirit at all.

Left early to take a non-freeway route to Village Creek State Park in Texas. The drive was uneventful and unusually pleasant, great roads – barring one stretch of repaving work that was ancient pavement with some gravel.

This is a tiny park right on Village Creek with miles of bike/walk/hiking trails and put-ins for canoe’s & kayaks. Lovey spot just south of Big Thicket National Preserve (you can get a stamp in your National Parks book here). This thicket of deciduous trees presented a formidable challenge to settlers – it was so… thick. I know, sorry.

Village Creek is just over the line into Tx and so it makes a great stop for the westbound. We highly recommend taking the north route and making a small southward jog to get to the park. The Interstate through Port Arthur is a driving hassle (previously nightmare). The staff are super friendly and were happy to sell us an Annual Texas State Parks Pass which give us free entry to any State Park and discounts on camping and is a good donation if we don’t max it out.

We like the park because the sites are spaced with lots of greenery between each one and it’s a great place to walk in the evening.

Again decided to leave early (by 8) to make the drive and enjoy the park more at drive’s end. Reached Fort Parker near Mexia, TX (May-he-ah) by lunch time. A little late, I was about to chew my arm off, but enough said about that. We chose a sweet site next to the lake with hot breezes beaming through.

Is it hotter this year than usual? I’m roasting in the “feels like” 92* heat. The RV portion of the park is pretty small and the sites have lots of space around them. Some are situated kinda funny with the picnic table on the opposite side of the RV from the door, but mostly they are well set. 30 amp service with no sewer hook-up but a dump station is available.

I went walking, while Barb was on an epic bike ride in the heat, to talk to neighbors who have an inflatable kayak for two. They also have two rescue dogs who love sitting in their dog hammocks. Cracked me up how much the dogs love those things. Report on the Intex kayak is that it’s a bit hard to maneuver but still fun to use. Great folks, by the way, who live nearby (in TX) and were unfazed by Barb and I. We ran into them when we came back from an evening walk and they offered the use of their kayak so we could give it a try! Sweet!

WACO, Tx: no, we didn’t visit the Branch Davidian Complex (which is an actual site).

We visited the Columbian Mammoth Dig Site and Museum at the Waco Mammoth National Monument (so designated by President Obama two years ago – and probably in mortal danger now). It’s a small site that now has a building over the dig site. Most of the Columbian Mammoth bones found are housed at the Mayborn Museum at Baylor University. The site we visited had some of the bones in situ. They are still working the site. Our tour guide was absolutely amazing – hilarious and SO enthusiastic.

Over lunch at Torchy’s Tacos (a most definite must do in Waco) we talked about how much we’d learned. The Columbian Mammoth is the biggest of the mammoth/elephant species. At 14’ at the shoulder and 20,000 pounds they dwarf the northern Wooly Mammoths (10’ and 10,000 pounds).

We then went to check out and walk the Waco Suspension Bridge. Did I mention that it’s hot here? It was HOT. Felt like ten thousand degrees. This bridge crosses the Brazos River, it’s a single-span suspension bridge. Read about it in any “Things to do in Waco, TX” guide. It’s pretty cool and the parks on either side of the span are green and pretty. The bridge handled all traffic – stage coaches, walking people, cowboys, merchants, cattle herds…

That was the most amazing thing there! Incredible bigger-than-life bronzes of “Branding the Brazos.” Sculptures of longhorn cattle and three giant cowboys herding them toward the bridge. Sculptor Robert Summers crafted the Chisolm Trail cattle drive and it comes to life in his hands. The sculptures are so wild, so huge and so lifelike I felt the movement and chaos of the drive, smelled the dust and fear of the cattle and heard the yips and yells of the cowboys. The cattle are taller than most people, so it’s quite a feeling to stand among them as they move, frozen, toward the bridge built in1870.

The heat really took the starch out of these two hothouse flowers though so we headed back to Fort Parker via Mexia (and a trip into town to see some Victorian Era homes that really shone. Back to the park and our chairs by the river to read and talk over the day. Tomorrow, kayaking in the inflatable!