The rivers here are all Missouri River and Mississippi River sized and often run thick with white or tan glacier flour. It’s hard to convey how large and powerful they are and how spread over valley floors braiding out and running hard in a wide channel. 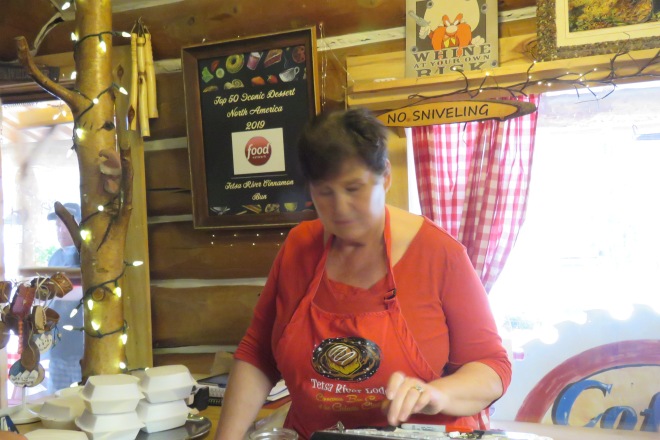 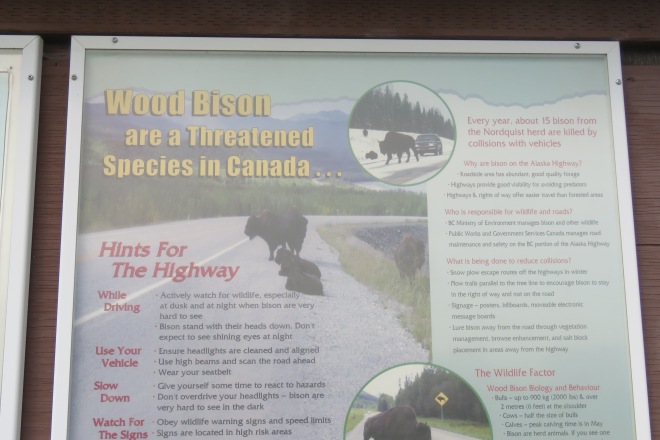 Fires are burning away up at Dawson City, Swan Lake and around Anchorage and Fairbanks. The smell of smoke is so strong at times it reminds Barb and me of the fires around Portland, OR a couple years ago. Sometimes it sits right on the road – obscuring our path, sometimes it lets us see the mountains towering around us. A fellow traveler, Diane, said the mountains look like a Georgia O’Keefe painting, their forms soft grey, lavender, and silver as they stack against the horizon.

The forest up here – lots of Blue and Black Spruce – has been attacked by the Spruce Beetle – same results as Pine Bark Beetle elsewhere. Some of the trees are ancient, 75 – 150 years old, but they still look like young trees compared to places that have long growing seasons. They don’t grow to massive sizes having only a three month growing season.

We stopped in Teslin, named by the Tlingit (Klink-it) peoples it means “long narrow waters”. Teslin is on the shore of Teslin Lake in Nisutlin Bay – yes, the lakes are so gigantic they have bays! Barb and I visited the George Johnson Museum. Mr. Johnson was a “revered Tlingit elder” according to the Milepost. He was also a progressive thinker. A collector of his people’s history and photographer who preserved the people and their lives and artifacts. Mr. Johnson was also a fur trapper and helped set the routes for the Alcan Highway.

As if the above weren’t enough, George Johnson bought and had barged up the Rivers, the first car in the Yukon Territory! He didn’t let the fact that there were no roads deter him – he hired folks to clear the trails so he could drive around the community. There was no gasoline in Teslin so Mr. Johnson used Naptha (it was less expensive anyway). In the winter, the car was painted white and used to hunt wolf on the frozen lake.

We talked with a Tlingit woman who was there showing off her amazing beading skills. The photo shows the two sides of a little purse she’s beading for her granddaughter who is about two years old. Esme had never beaded a hand before but she traced her granddaughter’s hand and went for it anyway. The Tlingit have an extensive tradition of fine beading through moose and other hides. 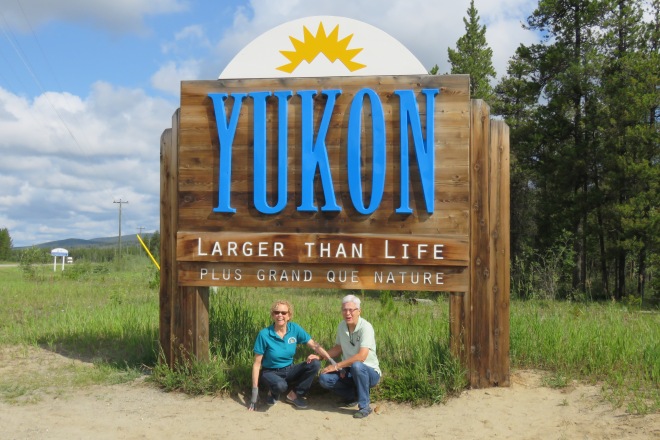 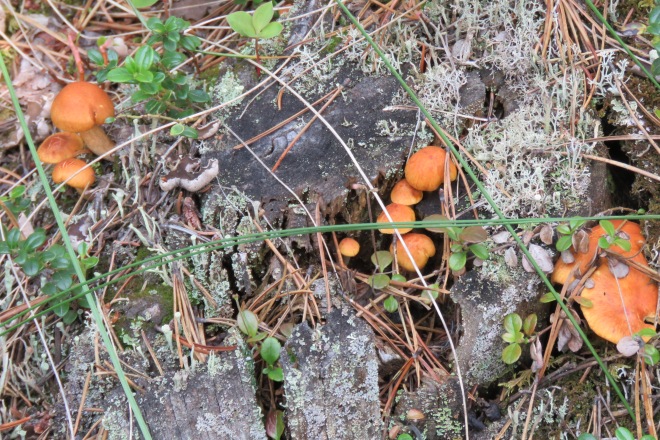 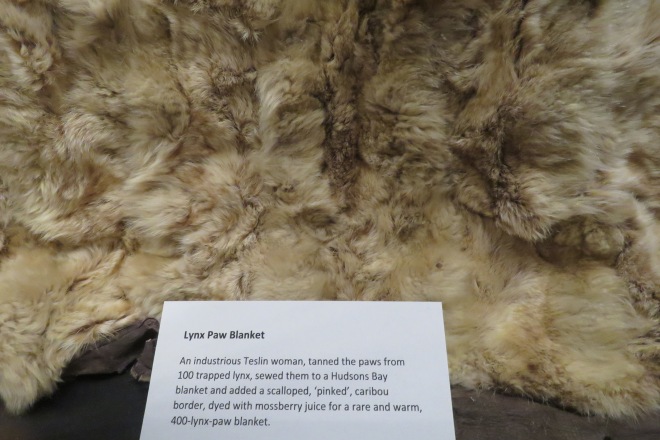 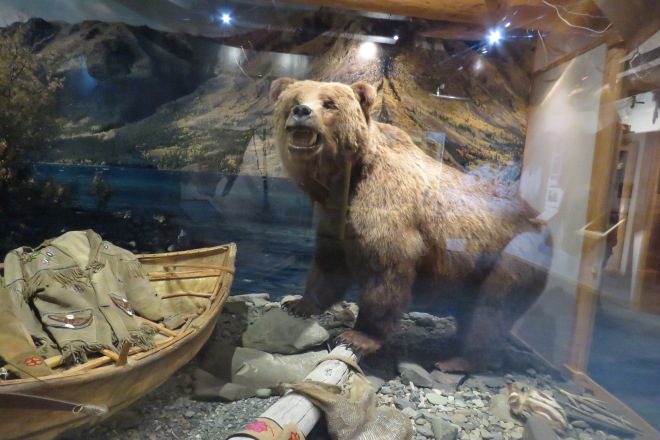 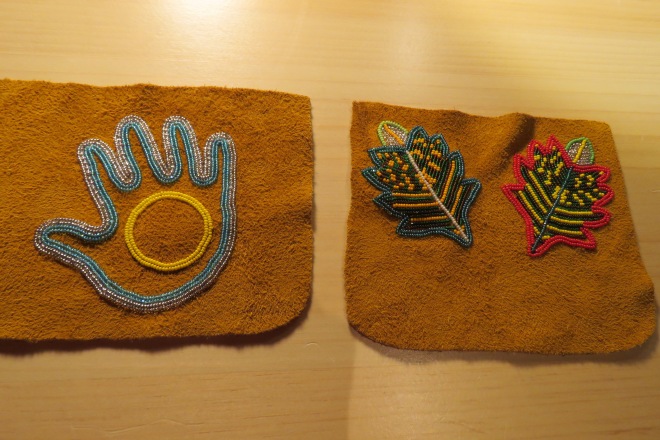 And… did I mention we went to Laird Hot Springs? No photos, hot spring. Laird is back in the woods down lovely boardwalks over the warm bog that never freezes. A bathing site since before the Athabascan people discovered and sought warmth and the rich plants that grow year round in the runoff of the stream.

Lots of folks were enjoying the two level heat pools. Both of them were in the natural stream bed with a slight dam between the two. All of us enjoyed the sulphur water, the heat and the chance to r e l a x z z z z.