What a surprise Sheridan, WY turned out to be! First, we needed a new water heater plug and went to Dalton’s RV to see if they had one. What a great store – tons of parts and a very nice RV repair facility attached. I even did a bit of impulse shopping. Recommended.

Next, we went to King’s Saddlery on Main Street. Main St. is an attraction in itself, most of the old buildings are old and well kept (including the Mint Bar). King’s is a love song from and to Don King, master saddler and all around grand character. The store has a high end western art gallery and tons of practical stuff for ranch folks to use and a secret… go out the back door, cross the alley and go in the black door.

Banks of racks 15’ tall with 2,900 ropes of every material and size known to man straight ahead! Saddles surround you. Most are labeled with the owner’s name, maker, year and whether they are for sale or not. Not ten but more like fifty saddles. Go through the door on your left and you’ll find the King’s saddlery museum. It is simply fabulous. We spent hours there reading and touching and talking to folks. Fabulous! So many saddles from the long past to recent, with documentation! 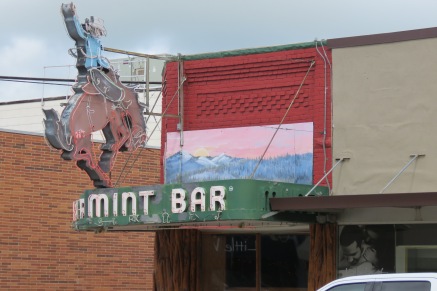 Don King, the patriarch of a ranch family became a master saddler whose work influenced Western saddle making deeply. Don pioneered a type of decoration – a full flower with leaves both furled and unfurled. The pattern is continuous – all over the skirts and prominent on other parts of the saddle. We learned of the three schools of decoration and when they became prominent among other things.

Second, we got up and out early to drive over the Bighorn Mountains and back on 14 and 14A. Three words: snow, wildlife and vistas! The photos will speak. 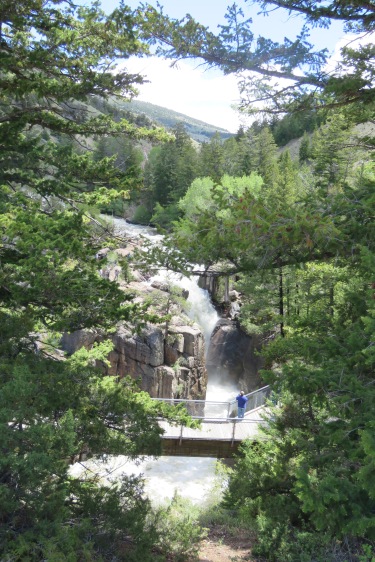 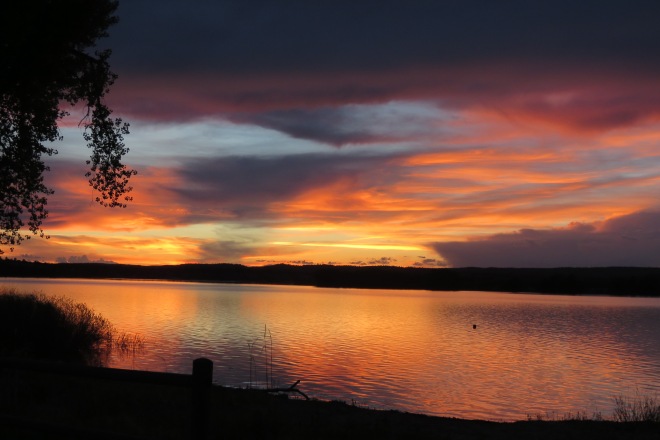